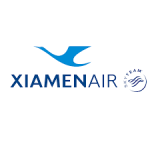 Company profile
XiamenAir is a Chinese passenger airline based in Xiamen, Fujian Province.

The airline's first inter-continental expansion was to Europe which commenced with an Amsterdam service in 2015. Services to Sydney followed from 2015, and Melbourne a year later.

Below you will find the most recent jobs for this employer.

B787 Captain None Type Rated